#teamLabRuins
Measures to prevent the spread of COVID-19

This is a new art and sauna experience by teamLab and the Mifuneyama Rakuen Hotel Rakan Bath, the winner of SAUNACHELIN in 2019, 2020 and 2021.

(*1) The annual exhibition in the forest teamLab: A Forest Where Gods Live is not currently on view. The exhibition runs annually from July to November.

Exhibition Concept
In the forest where the 3,000-year-old sacred Okusu tree resides, is a cave of five hundred Arhats carved 1,300 years ago by the Buddhist monk Gyoki. (* See Gyoki and the Origins of Japanese Baths (Saunas)) The sauna (alternating hot and cold baths) stands nearby this cave within the historic forest. Visitors can clear their minds, feel the ever-expanding space through their bodies, and immerse themselves in the art and the forest dotted with ruins. As we realize that the mind, body, and environment are the wholeness of our being, we become a part of nature and history, and reconnect with the long continuity of time and the world.

Concept behind Artworks in the Ruins: A Place where Varying Space-Times Intersect
The 500,000 square meter Mifuneyama Rakuen Park was created in 1845, during the end of the Edo period. Sitting on the borderline of the park is the 3,000-year-old sacred Okusu tree of Takeo Shrine, which is Japan’s 7th largest. Also in the heart of the garden is another 300-year-old sacred tree. Knowing the significance of this, our forebears turned a portion of this forest into a garden, utilizing the trees of the natural forest. The border between the garden and the wild forest is ambiguous, and when wandering through the garden, before they know it, people will find themselves entering the woods and animal trails.

Gyoki and the Origins of Japanese Baths (Saunas)
Gyoki (668 - 749), who carved the five hundred Arhats in Mifuneyama, was a monk during the Nara Period. Later, he became the first Buddhist priest of the highest order in Japan and built the Great Buddha in Nara. In Todaiji Temple, where the Great Buddha is housed, there was a bathhouse called Oyuya, which had a steam room (sauna) and a washroom where common people could bathe. It is said to be the first kudokuyu or “hot water alms” (a pious act to provide common people with a bath), and the beginning of bathing in the city. Baths in that era were steam baths (saunas).

Empress Komyo (701 - 760) is said to have been the originator of the practice of bathing, and Gyoki, who was born 33 years earlier, is said to have handed down the same bathing legends as Empress Komyo. The Tsukahara no Karafuro, one of the oldest existing saunas in Japan, is said to have been built by Gyoki, an ascetic who traveled all over Japan before building the Great Buddha in Nara, hoping to cure people of their illnesses. From this, it can be inferred that Gyoki was the first person to introduce baths (saunas) to the people. And it could be said that baths (saunas) drew people to the temples, helping to spread Buddhism and establishing the nation of Japan.

Historical Background of Art and Sauna: Rinkan-Chanoyu
The Japanese custom of seyoku (the practice of providing temple baths for the poor, the sick, and prisoners) began during the Nara Period, when Gyoki was active, and reached peak popularity in the Kamakura Period. Even during the Muromachi Period, the practice of seyoku was continued by the shogunate and various temples.
Seyoku also became popular among individuals. Starting at this time, inviting people over and providing baths became known as furo (bathing), and bathing (at the time in steam baths, or saunas) was done in a variety of ways, with tea ceremonies or food and drink served afterward. This was the so-called furo-furumai (bath hospitality).

It is said that Murata Juko (1422 - 1502), the teacher’s teacher of Sen no Rikyu (1522 - 1591) and the inventor of wabi-cha (tea ceremony), was also enamored with rinkan-chanoyu when he was young. He later studied under the Japanese monk Sosun Ikkyu at Daitokuji Temple, reached a state of chazenichimi (the realization that tea ceremony and Zen are one), and created wabi-cha. Then, the brothers Furuichi Tanehide and Furuichi Choin, who were main figures of rinkan-chanoyu, became disciples of Murata Juko, and rinkan-chanoyu became wabi-cha. 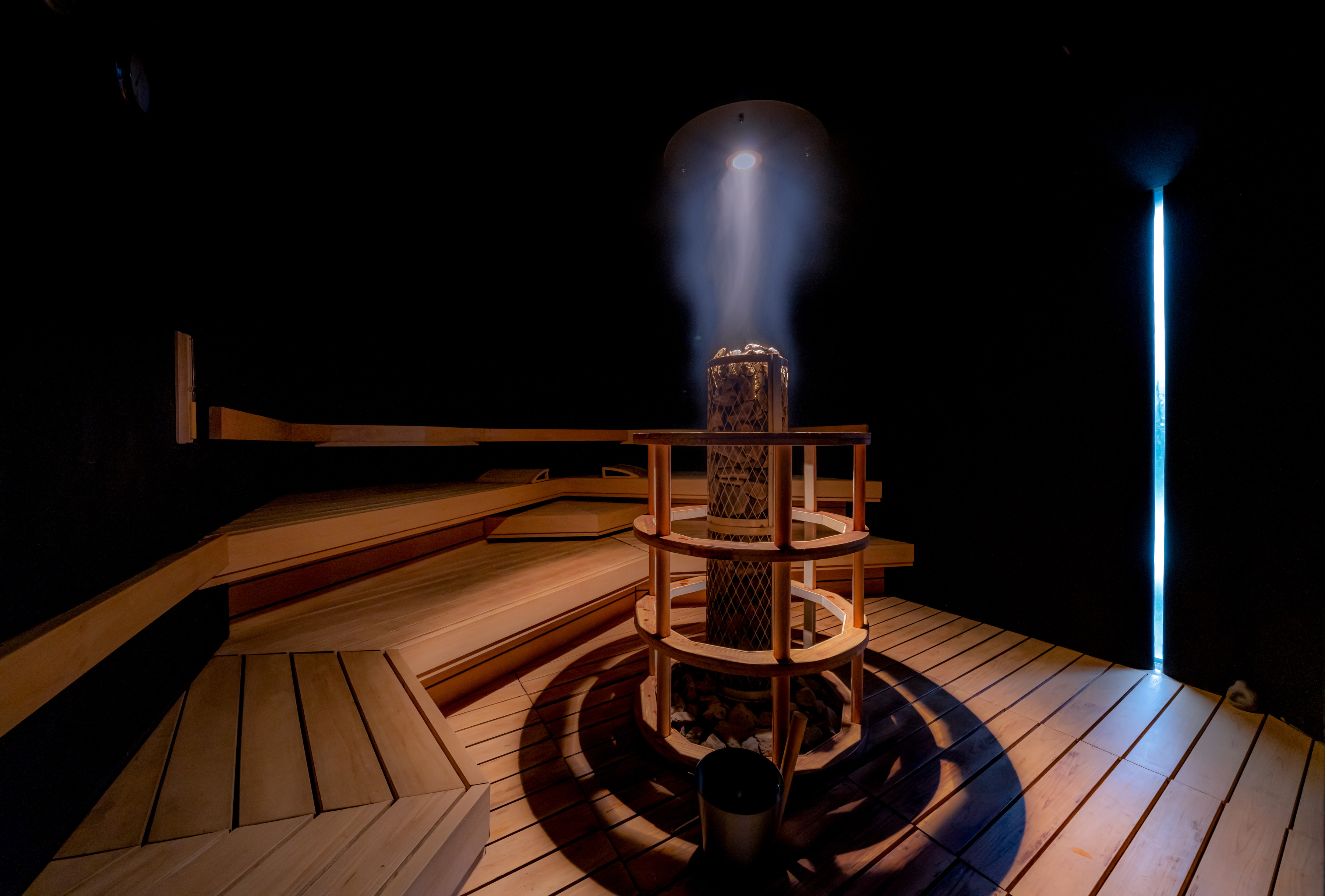 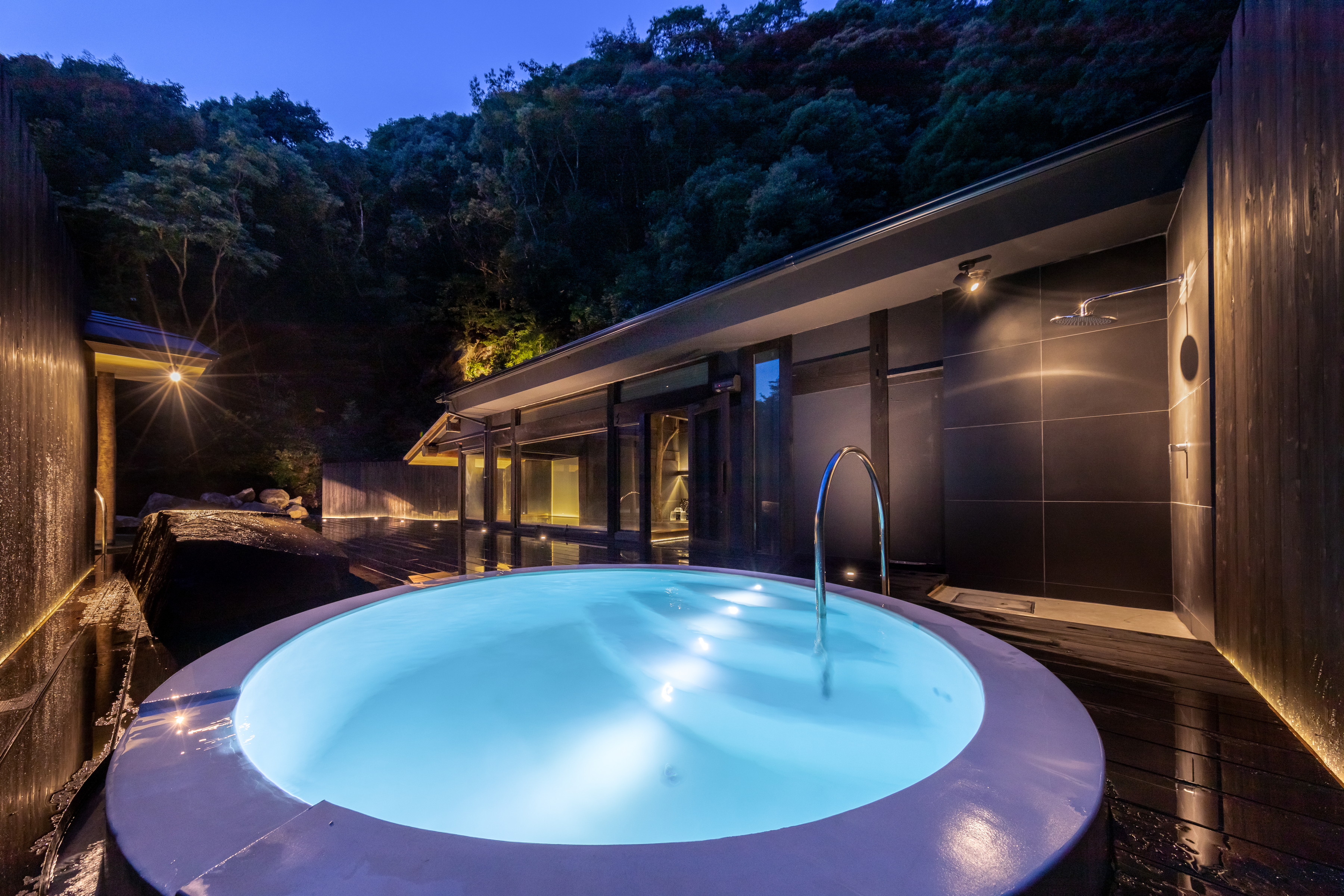 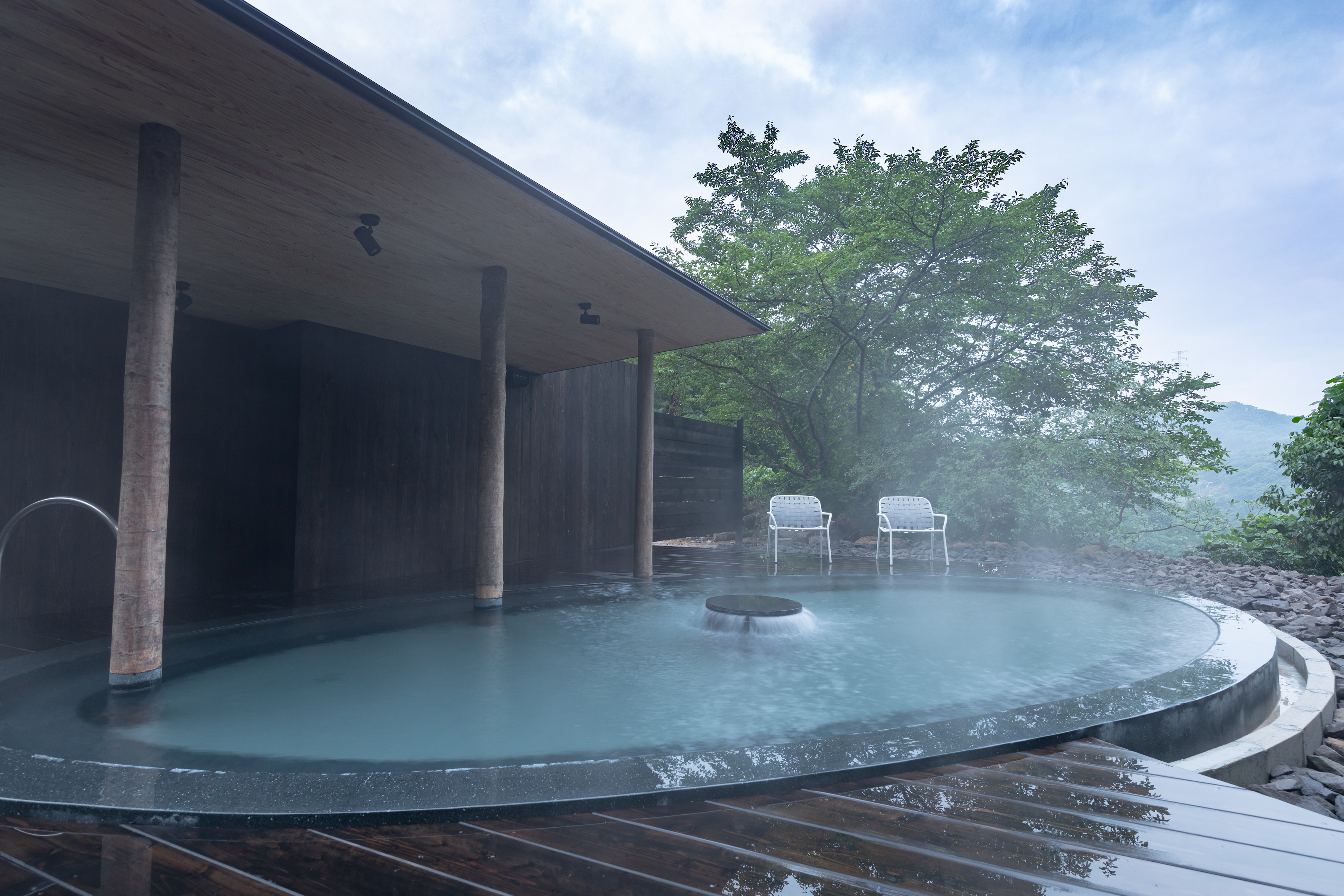 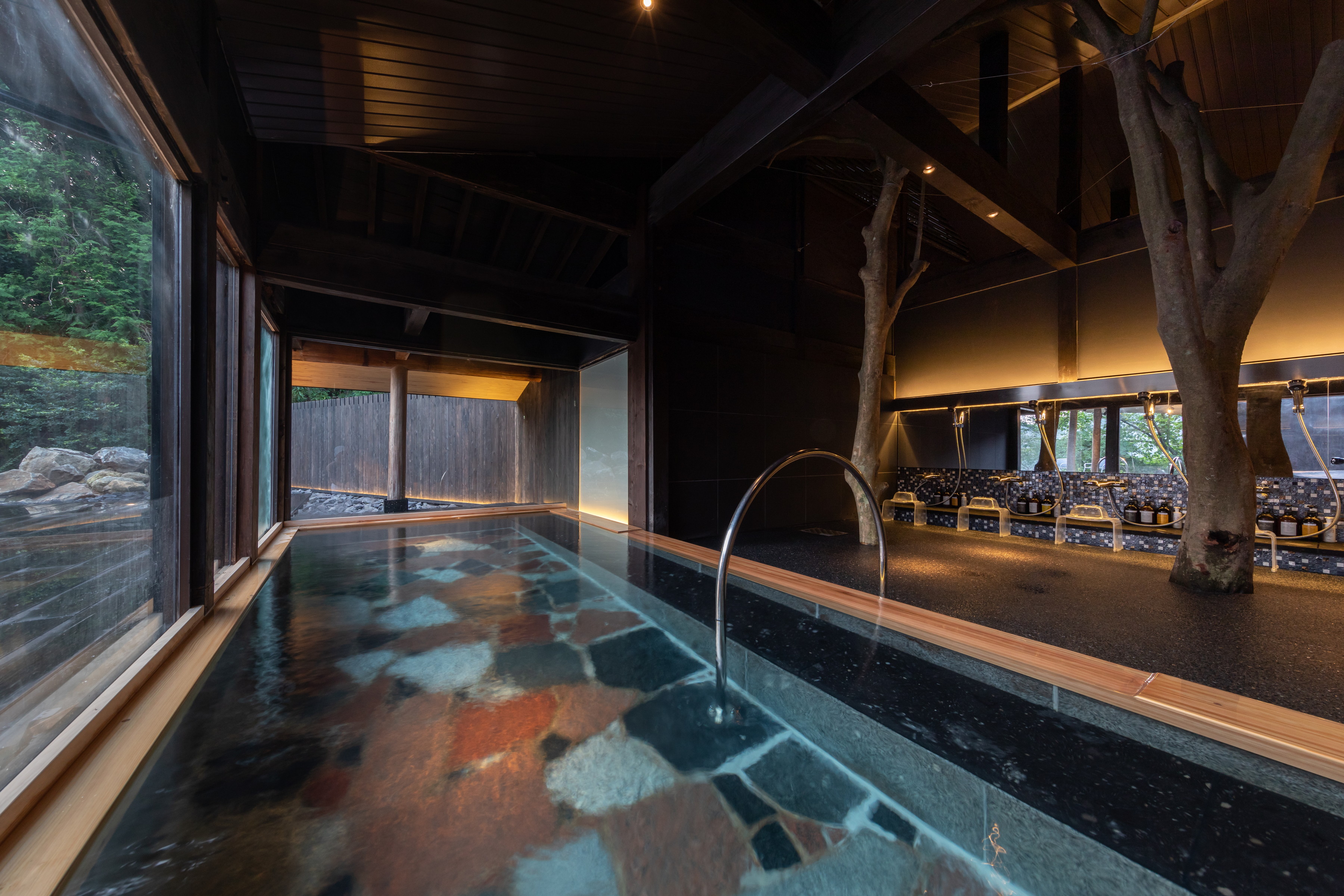 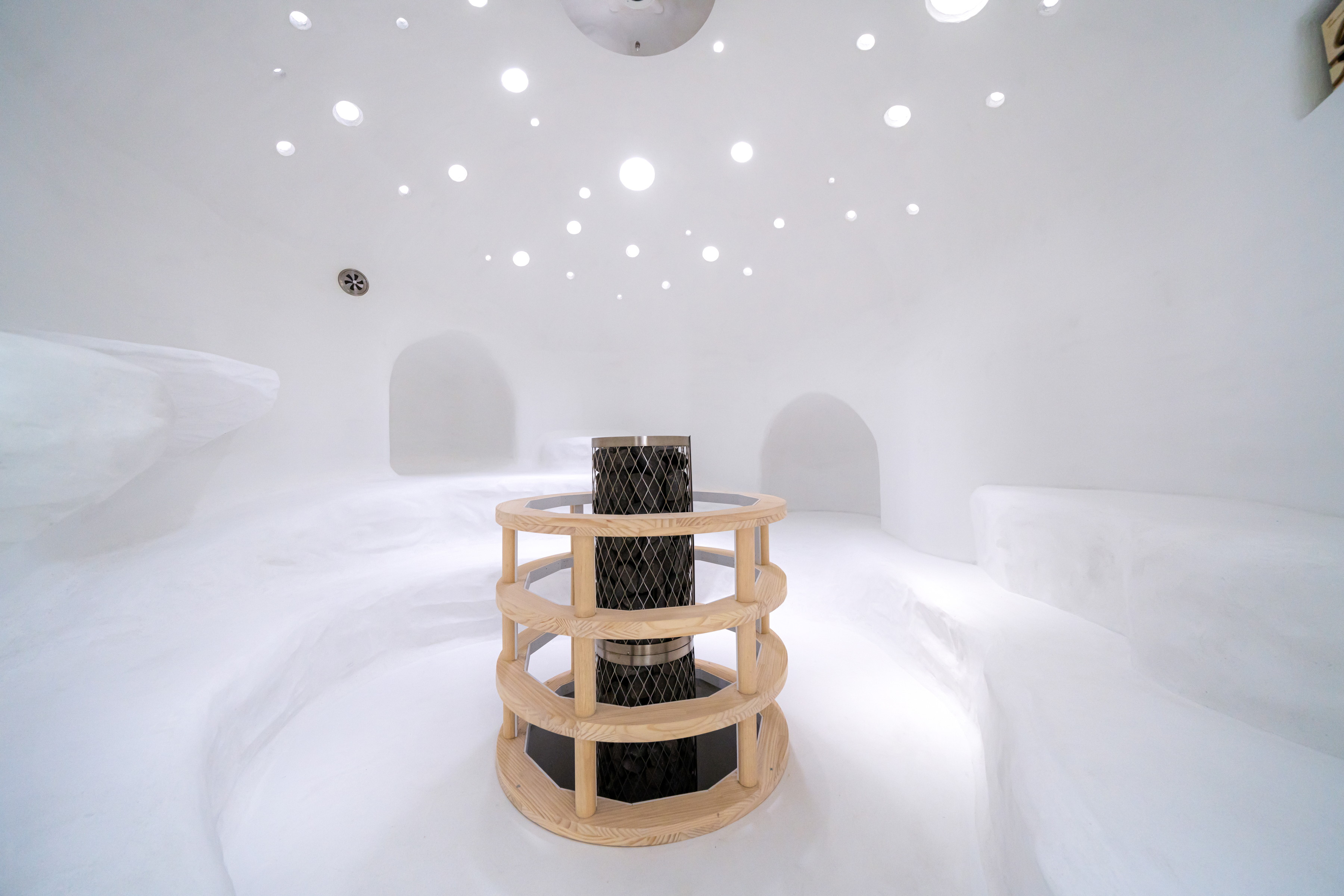 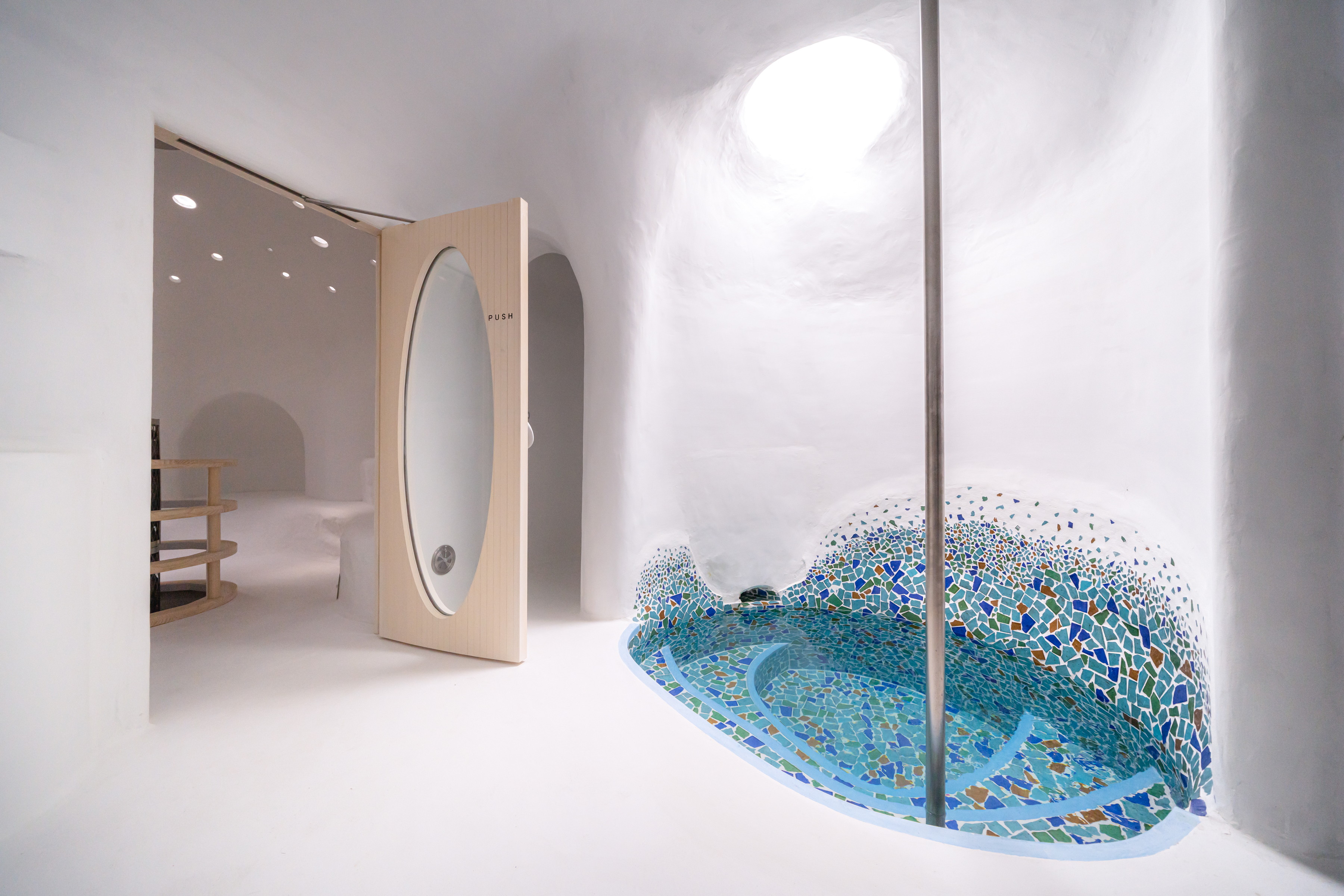 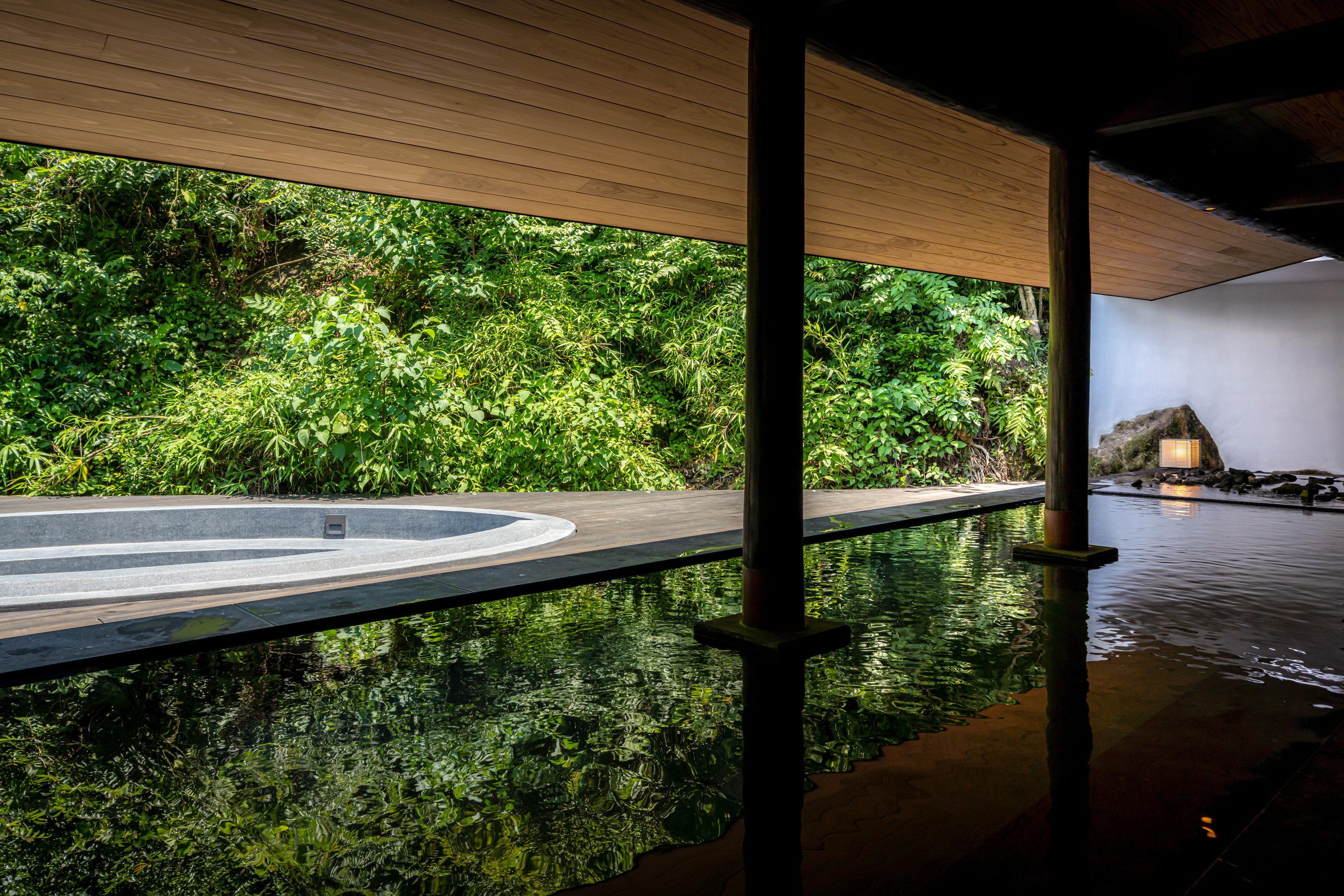 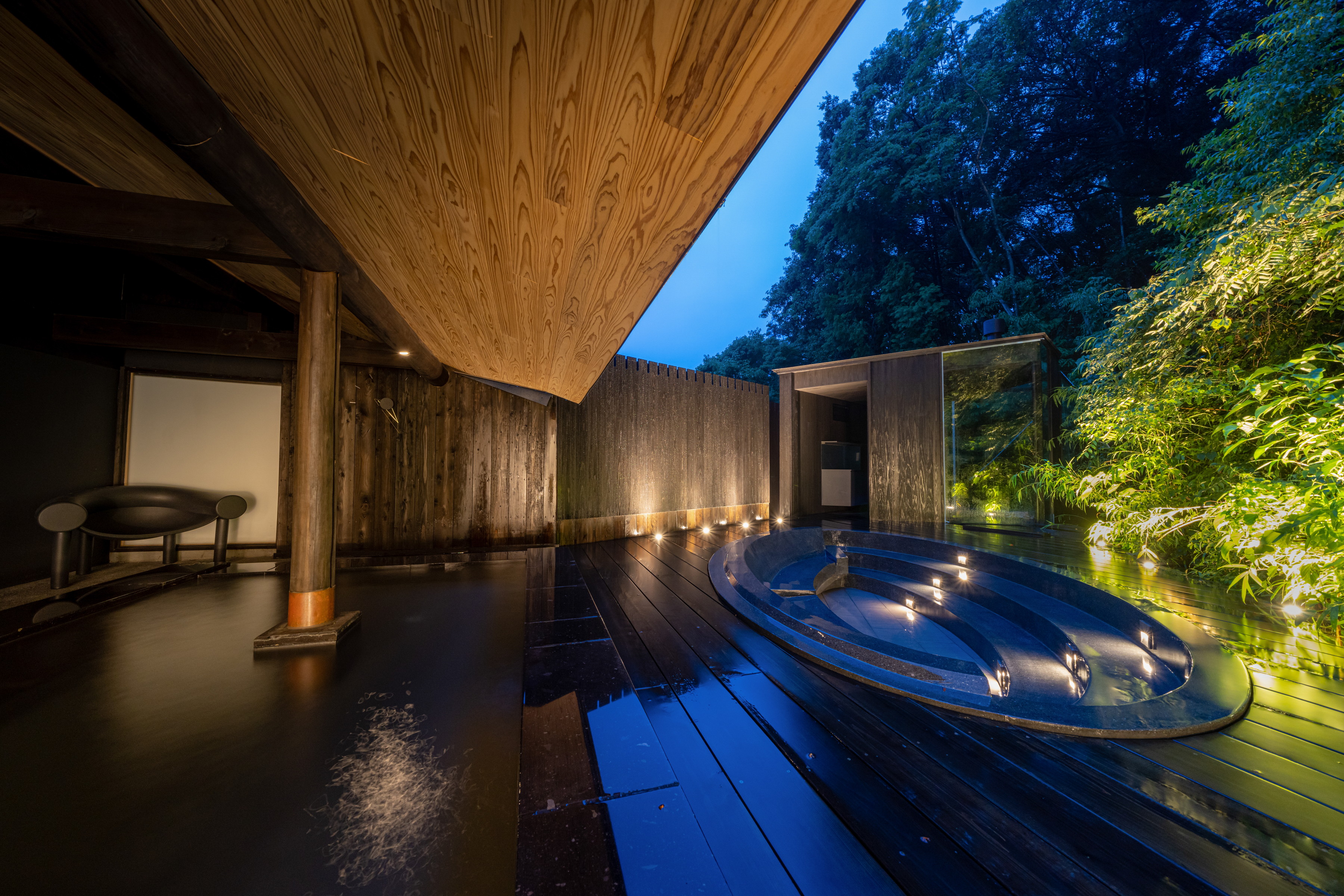 ระยะเวลา
2020.11.10(Tue) - 2021.7.15(Thu)
* The artworks in this exhibition are also on display during the exhibition period of "teamLab: A Forest Where Gods Live".
* Due to maintenance, you may not be able to experience some of the works.
* The contents of the exhibition may change.

By Train
From JR Hakata Station:
70 min by train to JR Takeo Onsen Station. Take a taxi (5 min) or a bus (8 min) to Mifuneyama Rakuen stop.

From JR Takeo Onsen Station:
5 min by taxi or 8 min by bus to Mifuneyama Rakuen stop.