The 500,000 square meter Mifuneyama Rakuen Park was created in 1845, during the end of the Edo period. Sitting on the borderline of the park is the famous 3,000-year-old sacred Okusu tree of Takeo Shrine. Also in the heart of the garden is another 300-year-old sacred tree. Knowing the significance of this, our forebears turned a portion of this forest into a garden, utilizing the trees of the natural forest. The border between the garden and the wild forest is ambiguous, and when wandering through the garden, before they know it, people will find themselves entering the woods and animal trails. Enshrined in the forest is the Inari Daimyojin deity surrounded by a collection of boulders almost supernatural in their formation. 1,300 years ago, the famous priest Gyoki came to Mifuneyama and carved 500 Arhats. Within the forest caves there are Buddha Figures that Gyoki directly carved into the rock face that still remain today.

The forest, rocks, and caves of Mifuneyama Rakuen have formed over a long time, and people in every age have sought meaning in them over the millenia. The park that we know today sits on top of this history. It is the ongoing relationship between nature and humans that has made the border between the forest and garden ambiguous, keeping this cultural heritage beautiful and pleasing.

Lost in nature, where the boundaries between man-made garden and forest is unclear, we are able to feel like we exist in a continuous, borderless relationship between nature and humans. It is for this reason that teamLab decided to create an exhibition in this vast, labyrinthine space, so that people will become lost and immersed in the exhibition and in nature.

We exist as a part of an eternal continuity of life and death, a process which has been continuing for an overwhelmingly long time. It is hard for us, however, to sense this in our everyday lives, perhaps because humans can not recognize longer time than their own life.
When exploring the forest, the shapes of the giant rocks, the caves, and the forest allow us to better perceive and understand that overwhelmingly long time over which it all was formed.

teamLab is executing an art project called Digitized Nature, where nature becomes art. The concept of the project is that non-material digital technology can turn nature into art without harming it.

Using the giant rocks, caves, forests, and gardens of Mifuneyama, teamLab’s works encourage once again the contemplation of the meaning of “Continuous Life” that has existed over many years in Mifuneyama. 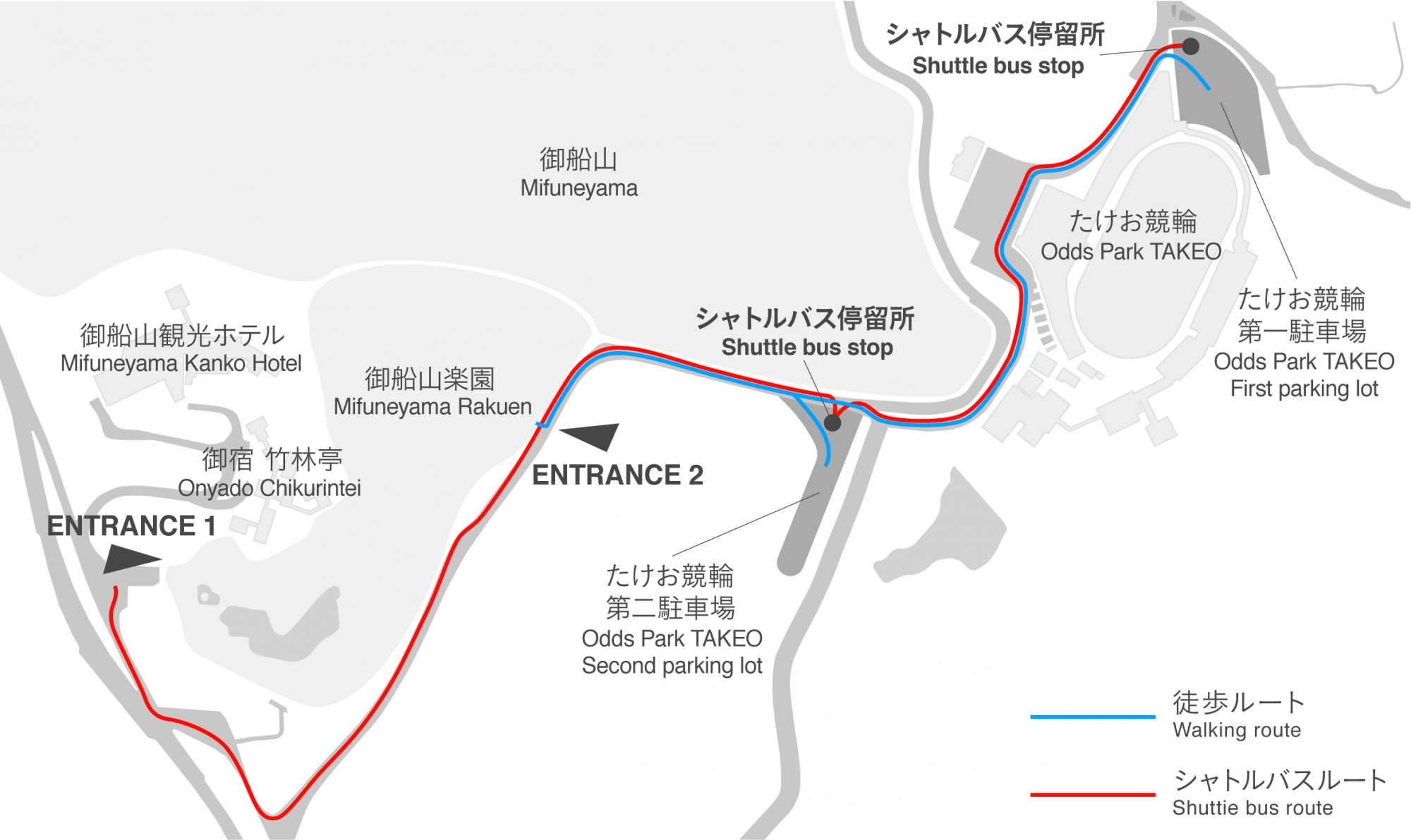